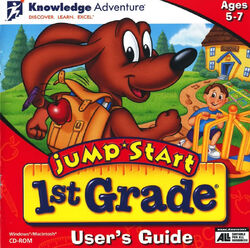 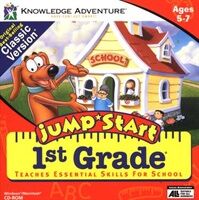 The premise of the game is to explore a first grade schoolhouse, and play activities to earn points towards milk caps.

In the game, the player explores an interactive schoolhouse full of educational activities. Frankie is the school mascot in charge of guiding the player around. The player can access four different areas of the school: the classroom, the lunchroom, the playground, and the bus, which can take the player on a field trip to either the zoo or the beach.

Playing the activities around the school and getting correct answers earns the player points, which can be traded in for milk caps. There are four skill categories in this game: math, reading, time, and nature. Each time the player earns 100 points in a category, they can choose a milk cap from that category. There are 30 math caps, 30 reading caps, 20 time caps, and 20 nature caps, for a total of 100 caps to collect.

Note: Songs that are listed in italics are not included on the audio CD.

The outside of the school

Music in the Mouse Hole

Adding It All Up

Nature caps, set 2
Add a photo to this gallery 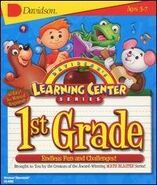 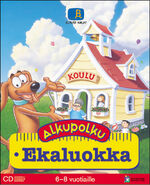 1996 JCPenney release
Add a photo to this gallery

Retrieved from "https://jstart.fandom.com/wiki/JumpStart_1st_Grade_(1995)?oldid=39750"
Community content is available under CC-BY-SA unless otherwise noted.