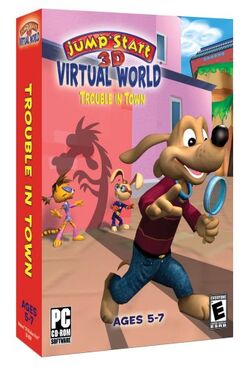 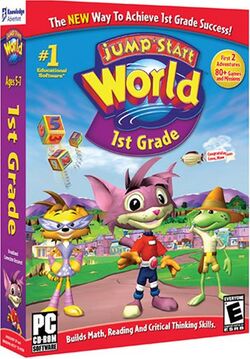 In this game, the player must collect Leadership Keys by completing tasks for the residents of JumpStart Town, and help discover the identity of a mysterious troublemaker in the town.

In the game, the player can choose one of several avatar characters to play as. This character can then be moved around with the arrow keys, allowing the player to freely explore JumpStart Town. The characters in the game will give the player missions to complete. Mission updates and instructions are stored on the JumpStart Communicator device. For completing sets of missions, the player is rewarded Leadership Keys.

Retrieved from "https://jstart.fandom.com/wiki/JumpStart_3D_Virtual_World:_Trouble_in_Town?oldid=40091"
Community content is available under CC-BY-SA unless otherwise noted.