In this game, the player participates in the JumpStartville Scooter Tournament. The player can collect power-ups to add to any of the seven main characters' scooters by playing activities around JumpStartville. Once the player has gathered enough power-ups, they can move to the arena to compete against the other racers.

The opening cutscene starts with a flyer and Frankie excitedly explaining that the time for the JumpStart Scooter Tournament has come and that the prize is a "totally-tricked out Super Scooter". Suddenly, sobbing is heard and Frankie, who is standing around with Eleanor, Kisha, Casey, Pierre, CJ, Hopsalot, and Squirt, is seen comforting Squirt, the source of the sobbing. Squirt explains that he was riding on his scooter when he was suddenly pushed by the bully Jimmy Bumples, which caused his scooter to break. At that moment, Jimmy Bumples and Skid ride up on their scooters. Jimmy brags that they need not worry about being beaten in the tournament, as the competition does not even have functional scooters. Frankie confronts Jimmy and demands he repair the scooter, but Jimmy refuses and rides off with Skid. Frankie then talks to his friends and says that they must win the tournament so they can give the new scooter to Squirt, and that they must prepare both by training and by inventing their own scooter gadgets so they can win against Jimmy.

In the ending cutscene, Squirt is shown riding on the Super Scooter, having beaten the two at their own game.

In order to earn power-ups, the player must complete activities with each of the JumpStart All-Stars. There are eight power-ups total, one for each character. The power-ups can be turned into gadgets to enhance scooters, or tricks to place on the tracks. The goal is to get the scooters into top shape and finish all of the tracks. In order to win, each track must be beaten twice - once against two other main characters, and once against one another main character and Jimmy Bumples. Once the player completes all of the tracks, Jimmy's track is unlocked and, if beaten, the game is won.

In this game, the toolbar is represented by an orange scooter located at the bottom of the screen. It has the following features (from left to right):

Each power-up, gadget, and trick in the game correlates to a certain character, although none of them are exclusive to any character.

The ending
Add a photo to this gallery 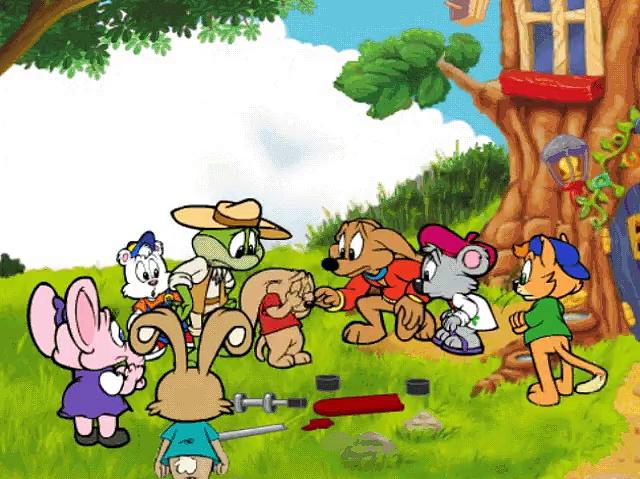 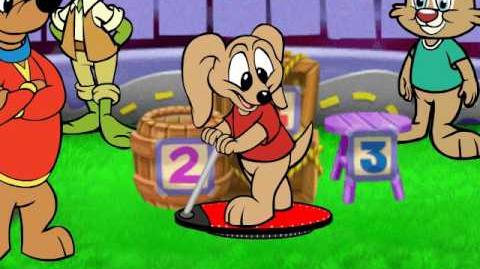 Retrieved from "https://jstart.fandom.com/wiki/JumpStart_Advanced_1st_Grade:_Fundamentals?oldid=39260"
Community content is available under CC-BY-SA unless otherwise noted.