The goal is to build your racecar and collect power boosters to make it better. Then you enter Frankie's Big Race.

You can choose from seven racecars: Eleanor's Bowcart, Kisha's Paintmobile, Casey's Sportster, Pierre's Music Machine, Frankie's Cruiser, Hops' Bubbling Bouncer, and CJ's Globetrotter. You can race with one player or two. There are five racing arenas.

See also: the JumpStart All Stars 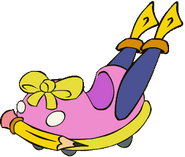 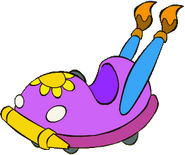 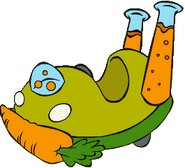 Hopsalot's Bubbling Bouncer
Add a photo to this gallery

Paint and Decorate with Kisha

Explore the Garden with CJ & Edison

Sound Out Words with Frankie

Awarding
Add a photo to this gallery

GB release boxart
Add a photo to this gallery 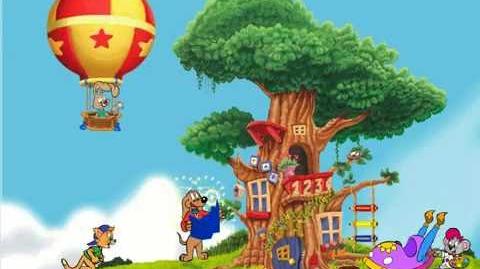 Retrieved from "https://jstart.fandom.com/wiki/JumpStart_Advanced_Kindergarten:_Fundamentals?oldid=39749"
Community content is available under CC-BY-SA unless otherwise noted.