Originally, the game only had four activities. Four more could be downloaded from the Internet during the game's initial release period. In the Advanced series releases, all eight activities are included.

JumpStart Around the World is essentially the preschool-2nd grade equivalent of Jumpstart Adventure Challenge.

In the game, the player engages in various sports events in Adventure World. Each sports event has its own activity. There are three skill levels for each activity: Beginner, Intermediate, and Expert. The player must choose their skill level at the beginning of each activity. The skill level will determine the number of obstacles, bonus objects, and power-ups available, as well as the playing speed. Each activity has a timer and a score feature, and the goal is to complete the event and obtain as many points as possible before the timer runs out. The player must spend tickets each time they engage in an event. If the player runs out of tickets, they must go to the arcade to retrieve more.

After the player has collected all four design elements for a page, they earn a set of stickers for that page.

The difference between JumpStart Around the World and Jumpstart Adventure Challenge is that in JumpStart Around the World, the player has to first select the final destination and then keep selecting the next destination and then a mode of transportation, while in Jumpstart Adventure Challenge, the player only has to select a sports event.

The toolbar is represented by a purple bar with icons at the bottom of the screen. It allows the player to access various features. The features on the toolbar are:

Tickets (third grade version)
Add a photo to this gallery

Zack and Jess on an information image 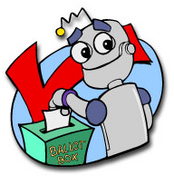 Artwork of Botley for an online poll

Artwork of Adventure World
Add a photo to this gallery 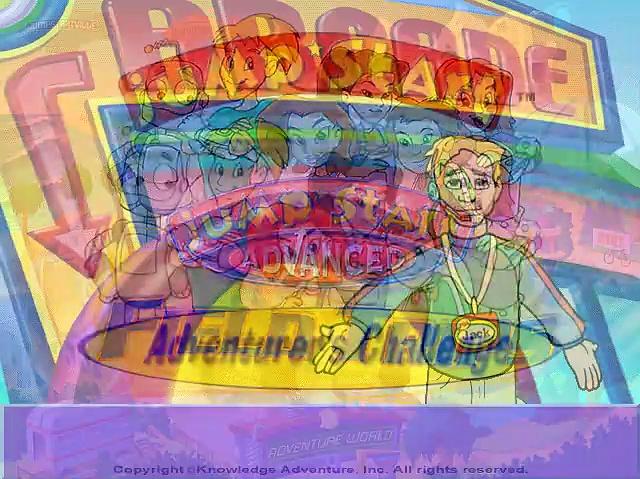 Retrieved from "https://jstart.fandom.com/wiki/JumpStart_Adventure_Challenge?oldid=32813"
Community content is available under CC-BY-SA unless otherwise noted.