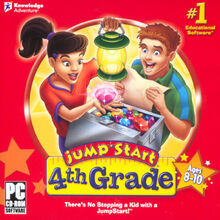 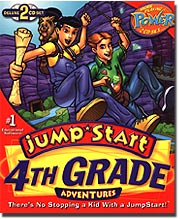 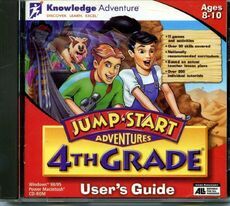 In the game, a hairy, bipedal creature invades an old, abandoned mine in the town of Sapphire Falls. Scaring away tourists, the creature succeeds in stealing a mysterious treasure map that no one has ever been able to read. Two aspiring fourth-grade reporters, Sally Chu and TJ Adams, along with their pint-sized dog Gizmo, travel to the mines to solve the mystery.

There are three possible endings, depending on the identity of the thief. Once the Costume Capers activity is complete, the thief will be revealed and their motive will be clear:

Then the thief will be taken to the authorities by Ranger Addy. Sally will conclude that there is no monster, but TJ says that they still can't be sure of that, as Gizmo looks curiously at another monster-like footprint.

Circa 2003, the game was re-released as part of the Advanced series under the title "JumpStart Advanced 4th Grade: Fundamentals".

TJ Adams and Sally Chu
Add a photo to this gallery 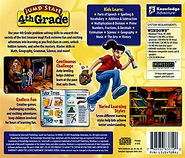 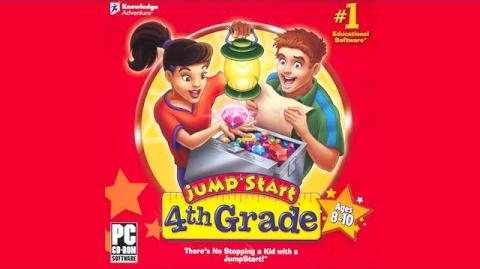 Retrieved from "https://jstart.fandom.com/wiki/JumpStart_Adventures_4th_Grade:_Sapphire_Falls?oldid=33667"
Community content is available under CC-BY-SA unless otherwise noted.