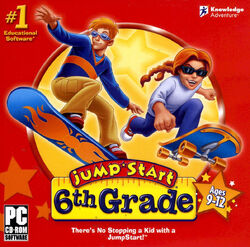 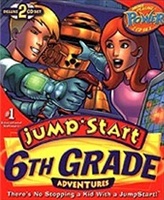 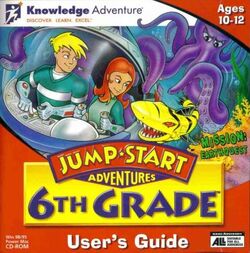 JumpStart Adventures 6th Grade: Mission EarthQuest is a JumpStart game released by Knowledge Adventure in 1998. It is designed to cover a full curriculum for sixth grade.

In this game, an organization known as EarthQuest must stop a spacecraft's artificial intelligence, A.R.T., from wreaking havoc on the ecosystems of the world in his quest to redesign Earth.

The EarthQuest team is in charge of fixing the destruction wreaked on Earth by A.R.T.'s robots.

The map screen in EarthQuest Headquarters locates and displays disasters around the world. Different locations on Earth are represented with red dots. Mousing over a dot shows the location's longitude and latitude, and displays facts about the location.

There are eighteen possible locations to visit in total.

Hot Spots are areas affected by A.R.T, and an icon will appear over a location if it is a Hot Spot. There are six types of icons, each representing a different situation: Pollution, Mine, Viral, Insect, Canopy, and Monument. After the player has selected a Hot Spot to go to, they must select either Zack or Jess as their partner. After the player has selected their partner, they will depart in the space pod, and they must solve security questions to land properly.

After landing, the player must complete an activity to right the wrongs created by A.R.T. As the player successfully completes activities, they'll earn Pod Points.

Should the player fail at an activity enough times, Uncle Eli will send the player to Tutor Mode, where the player must answer simpler questions based on the current activity, before resuming.

Identifying a hot spot on the map screen

Monument Mischief activity
Add a photo to this gallery 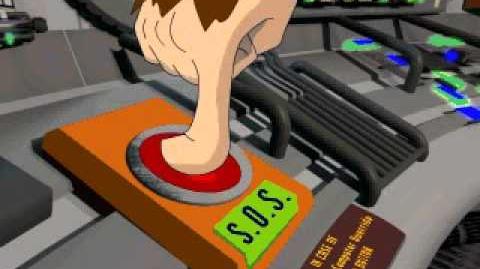 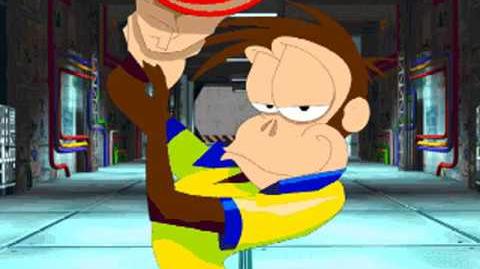 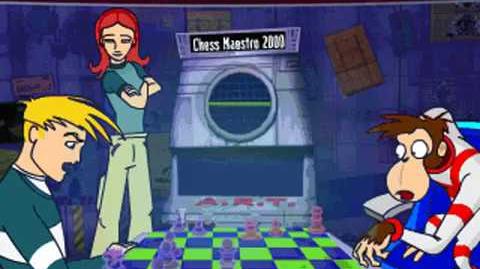 JumpStart 6th Grade - Ending 2
Add a photo to this gallery

Retrieved from "https://jstart.fandom.com/wiki/JumpStart_Adventures_6th_Grade:_Mission_EarthQuest?oldid=36719"
Community content is available under CC-BY-SA unless otherwise noted.