JumpStart Animal Adventures is a personal 3D computer game released in 2002. It teaches skills about nature, animals, and habitats for ages four and up. This game was also re-released as JumpStart Animal Field Trip in the JumpStart Advanced Kindergarten bundle starting in 2003.

It was also released with Chick-fil-A Kids' Meals as part of a promotion for a limited time.

In this game, players enter Frankie's Animal Habitat Contest, advertised on TV and in JumpStart Habitat Magazine. Players travel to four different habitats: The Tide Pool, the Savanna, the Rainforest, and the Temperate Forest.

The Contest Sheets consist of pages containing blank spaces for 6 photos, each blank space labeled with an animal descriptor such as "Carnivore" or "Makes its own shell". The user must take photos of animals that match the descriptions and place them in the correct spaces.

After finding all the animals, completing all the mini-games, and filling out the Contest Sheets, the player has a chance to play the Animal Smarts Game. This is a trivia game that can be played with one or two players, and involves clicking on the correct animals according to the instructions. The player will then receive a craft instruction page as a reward. Throughout the game, the player earns points for playing activities, and these points can later be exchanged for stickers.

There are three difficulty levels.

Frankie's appearance in the game

Frankie hands the certificate to the Tadpoles

Savanna sticker (large)
Add a photo to this gallery 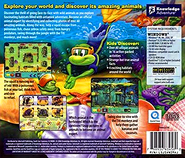 Back of the box art 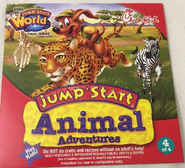 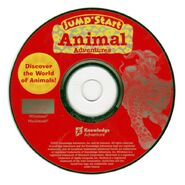 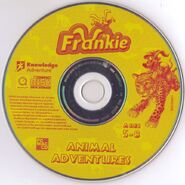 UK Disc
Add a photo to this gallery 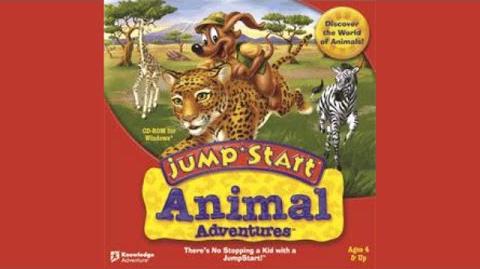 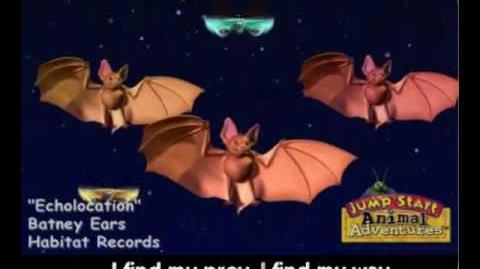 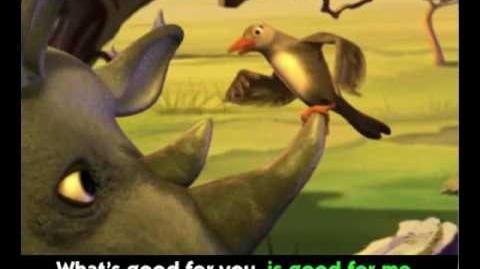 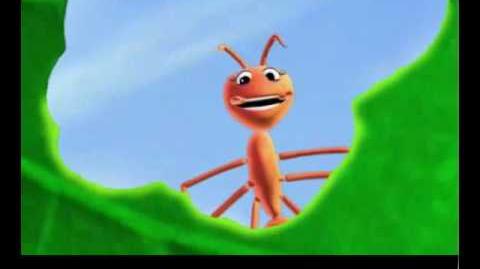 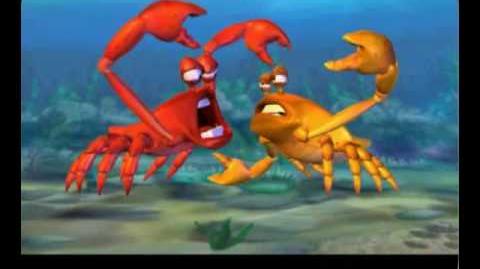 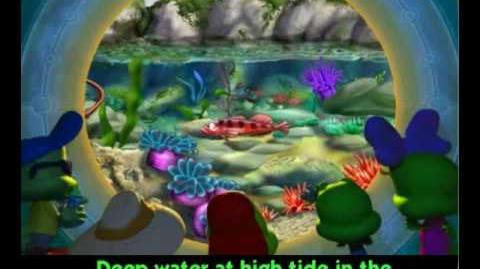 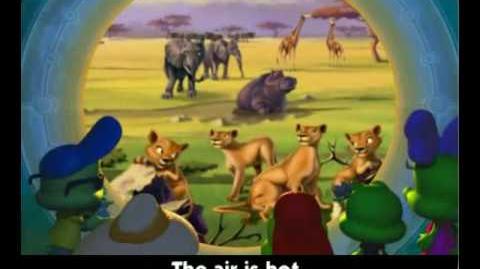 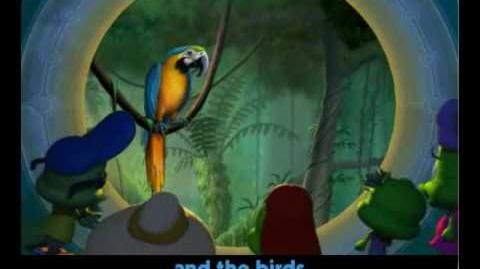 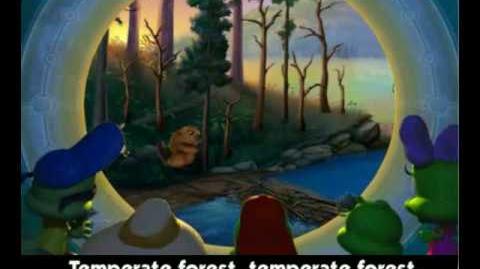 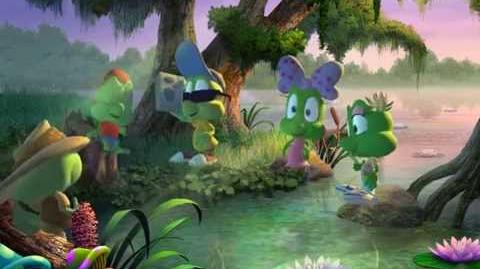 Retrieved from "https://jstart.fandom.com/wiki/JumpStart_Animal_Adventures?oldid=40087"
Community content is available under CC-BY-SA unless otherwise noted.