Start a Wiki
JumpStart Jukebox is a JumpStart video released around 2002. It contains various songs with their accompanying music videos from the franchise, with brief animated segments in-between depicting Frankie as a radio DJ at the WJSV radio station.

These songs appear on the 2002 VHS/DVD of The Land Before Time - Journey to Big Water:

These songs appear on the 2002 DVD of The Land Before Time III - The Time of the Great Giving: 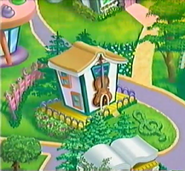 The WJSV radio station
Add a photo to this gallery 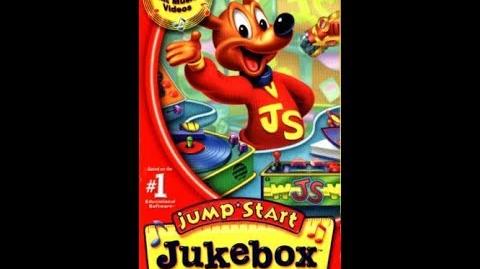 Jumpstart Jukebox Promo 1
Promo captured from The Land Before Time IX: Journey to Big Water VHS/DVD
Add a photo to this gallery
Retrieved from "https://jstart.fandom.com/wiki/JumpStart_Jukebox?oldid=33054"
Community content is available under CC-BY-SA unless otherwise noted.