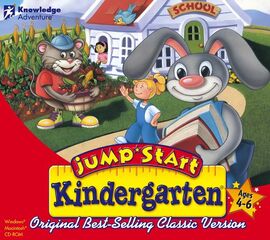 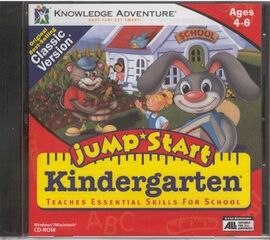 It was also re-released by Davidson & Associates in 1998 under the name Davidson's Learning Center Series: Kindergarten.

It was later replaced by an updated version, JumpStart Kindergarten (1997).

In the game, the player explores and plays in an interactive classroom, accessing educational activities, songs, and more. The kindergarten teacher is a rabbit named Mr. Hopsalot. Unusually for a JumpStart game, there is no clear "reward system" or defined set of goals.

Like some other early entries in the series, it lacks a toolbar, and the progress report can be accessed by clicking on one on the wall. Most of the activities do not give the option to manually choose the difficulty level.

Coming Soon screen
Add a photo to this gallery 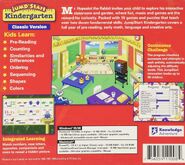 Back of the re-release edition of the game 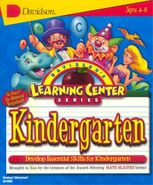 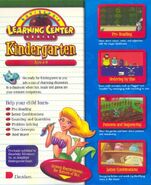 French box art
Add a photo to this gallery 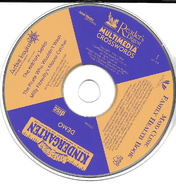 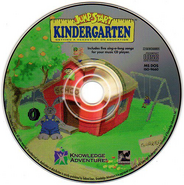 Retrieved from "https://jstart.fandom.com/wiki/JumpStart_Kindergarten_(1994)?oldid=38590"
Community content is available under CC-BY-SA unless otherwise noted.