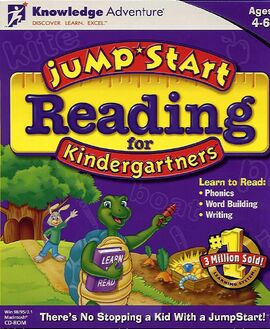 JumpStart Reading for Kindergartners is a subject-based JumpStart game released by Knowledge Adventure in 1996. It focuses on a kindergarten reading curriculum.

Hopsalot wants to find the lost Carrot Patch treasure. The player can visit Hopsalot's family and friends and play games to help him find it.

In 1999, JumpStart Reading for Kindergartners and its first grade and second grade counterparts were packaged and sold together as the JumpStart Learn to Read bundle.

Help Grandpa get his mail.

An image from a JumpStart preview

Printable workbook viewer
Add a photo to this gallery 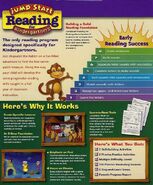 Retrieved from "https://jstart.fandom.com/wiki/JumpStart_Reading_for_Kindergartners?oldid=40163"
Community content is available under CC-BY-SA unless otherwise noted.