JumpStart Reading for Second Graders is a game released in 1999 that focuses on a second grade reading curriculum.

The story begins with CJ and Edison exploring some ancient ruins. They come to a secret room, and CJ's digging crew begins searching. They dig up a tablet, and CJ exclaims that it holds the secrets of the lost city of Ursulab.

Suddenly, a rope lassos the tablet and wrenches it from CJ's hands. Startled, CJ and Edison look up to see the tablet being hoisted through a hole in the ceiling. Dr. Listick, CJ's archrival, peers down at them through the hole while his henchman Stanley clutches the tablet. He smugly says that now he's got the tablet, he'll be the one to find Ursulab. He also plans to trap CJ and Edison in the ruins.

As Dr. Listick raises his head, it bumps on the tablet that Stanley is holding, and a piece of the tablet breaks off and falls into the hole. Dr. Listick is too busy yelling at Stanley to notice, and CJ catches the piece and quickly hides it behind his back. Dr. Listick bids farewell to CJ, and Stanley moves a giant boulder over the hole to seal them in the ruin.

As Edison seems discouraged, CJ begins looking for a way out. He manages to solve a puzzle that unlocks a secret door. When they exit the ruin, they are in Machu Picchu. They climb a hill and meet a tapir at the top. They tell the tapir that they are searching for Ursulab. The tapir says that he's been waiting for someone to come, and that they have to solve a puzzle first. After CJ and Edison solve the puzzle, the tapir says he'll show them to the jewel room.

Inside the jewel room, they run into none other but Dr. Listick. A diamond is encased in an ancient puzzle, and Dr. Listick says he'll have it in his possession soon. CJ competes with him to get the diamond and wins. Dr. Listick warns him not to get too confident, and says that he still has a few tricks up his sleeve.

CJ returns to his home, Stately Frog Manor, to study the artifacts more. When he arrives at the front door, he tries to open it, but it won't budge. His butler, McCloud, has changed the locks again. McCloud says that he can't be sure that CJ isn't an imposter, so he must solve some riddles before he can get in. After CJ solves all the riddles, McCloud lets him inside.

CJ sets the tablet and diamond down on the table while he tries to figure out what to do next. McCloud laments that he just cleaned that spot. As he tries to clean up, he puts the diamond in a hole in the tablet. The diamond begins to glow. There is a cloud of smoke, and then an image of an elderly woman appears from the tablet.

The elderly woman is one of the elders of Ursulab. She instructs them to find the other elders of Ursulab. She explains that if they have any interest in finding Ursulab, they need all of the diamonds. CJ asks how they'll find the diamonds, and the elder says she has put a map of the five secret sites in his fieldbook. They'll find a diamond at each location, but the diamonds also need a source of power. The elder says that they need to find nine rubies first to place in the tablet around the diamond. She asks if they have the tablet, and CJ says that they have part of it. The elder says that it will be enough for now, but eventually, they will need the rest of the tablet. The elder's diamond begins losing its power, and she must go back inside the diamond.

The Quest for the Jewels

Thus, CJ and Edison begin visiting the sites to collect rubies and diamonds. The five secret sites are Machu Picchu, the Caves of Cumae, Ayers Rock, Atlantis, and Egypt. Each secret location contains a jewel room which is protected by a guardian. CJ and Edison must solve puzzles to gain the guardian's approval, and complete a challenge to access the jewel room. CJ and Edison can obtain one ruby at a time from a jewel room. After collecting nine rubies, they can return to any jewel room for a diamond. Each time they try to obtain a diamond, they must confront Dr. Listick and defeat him in the puzzle game. Then CJ and Edison can return to Stately Frog Manor to meet another elder and discover the secrets of Ursulab.

After CJ and Edison obtain the second diamond, they meet another elder. He thanks CJ for releasing him from the jewel, and asks if he's found the other elders yet. CJ says he has yet to find the others, and he asks who they are and what became of Ursulab. The elder introduces himself, and explains that the problems began when a rumor spread of an ancient treasure in the city of Ursulab. Villains began plotting to rob Ursulab. CJ tries to find out more, but the elder's jewel power fades, and he disappears.

When CJ and Edison meet the third elder, he recounts that an army of thieves invaded the city, searching for a treasury. The elders tried to tell them that there was no treasury, but the thieves wouldn't listen. To protect the city, the elders turned themselves into five jewels and allowed the thieves to steal them instead.

When CJ and Edison meet the fourth elder, she explains that the city of Ursulab can't exist without the elders. As the thieves took the jewels past the city's gates, Ursulab fell under a spell, and the city and all of its inhabitants disappeared. In order for the city to be restored, all of the elders need to be reunited. The fourth elder tells that they must find the last elder in order to find out what else must be done.

After CJ and Edison obtain the last diamond, they return to Frog Manor only to find a ransom note on the door. Dr. Listick has kidnapped McCloud, and demands that CJ bring all the jewels to the desert. CJ and Edison go there and confront him. Dr. Listick tells CJ that he can only save his butler if he hands over all the jewels. CJ obliges to save McCloud.

Edison encourages CJ to go up and try it. CJ's hand fits, and this restores Ursulab. All of the elders are reunited and the city is saved. The fifth elder congratulates CJ, and says that he'll be rewarded with a library card, since Ursulab's library is truly where all the treasures lie. He reveals that he also turned Dr. Listick and Stanley into jewel statues. CJ says that he's going to Ursulab, and the story ends.

In 1999, JumpStart Reading for Second Graders and its kindergarten and first grade counterparts were packaged and sold together as the JumpStart Learn to Read bundle.

The Scholastic readers book CJ and the Mysterious Map and the JumpStart 2nd Grade Summer Vacation Activity Book are both inspired by this game.

The Caves of Cumae

The Caves of Cumae activity

The inside of Stately Frog Manor 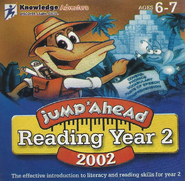 Workbook Viewer
Add a photo to this gallery 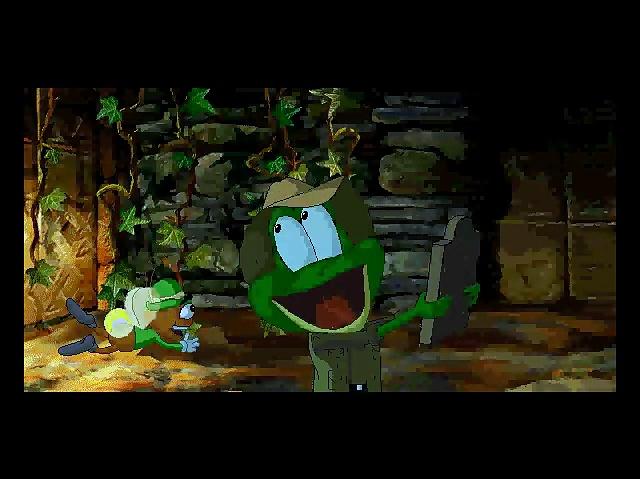 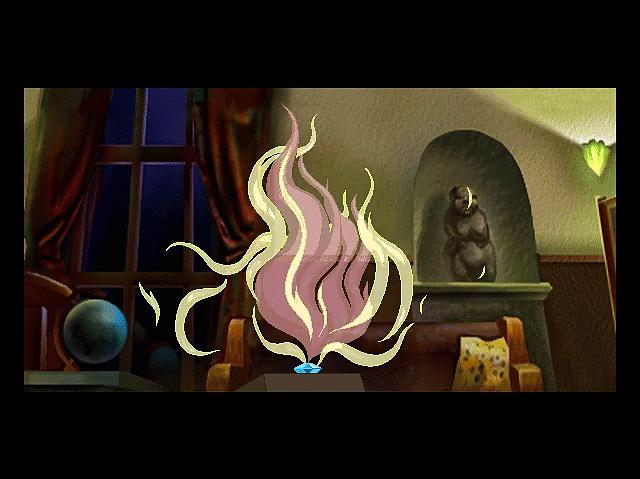 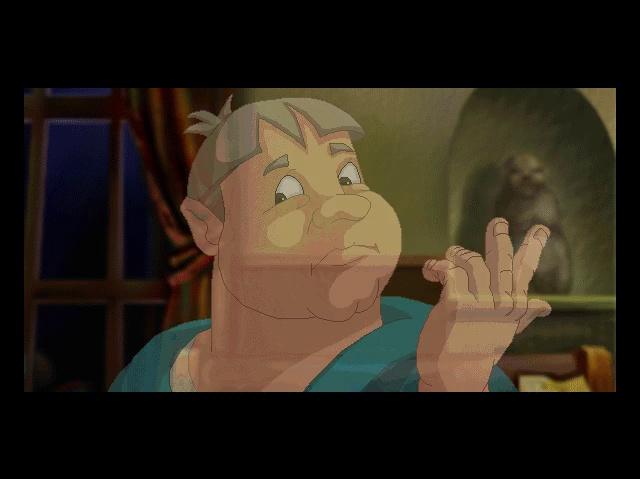 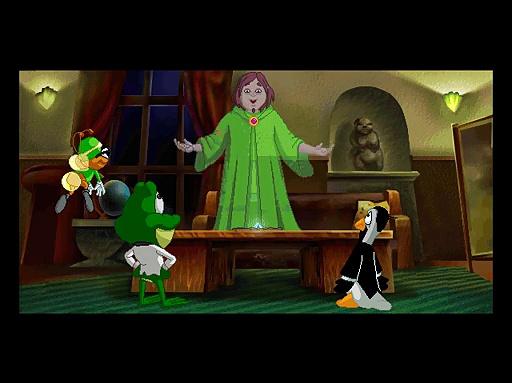 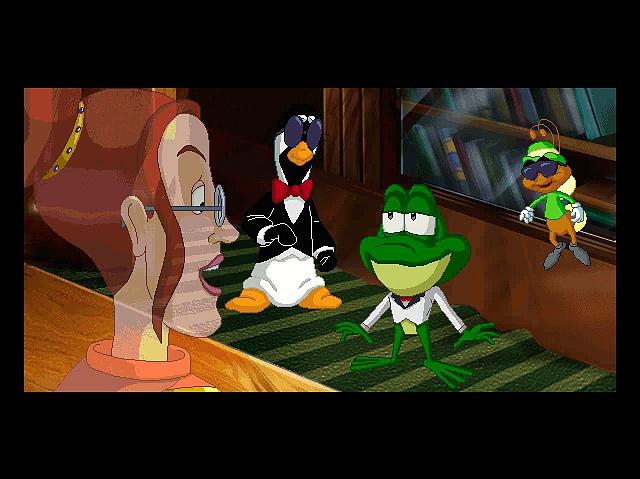 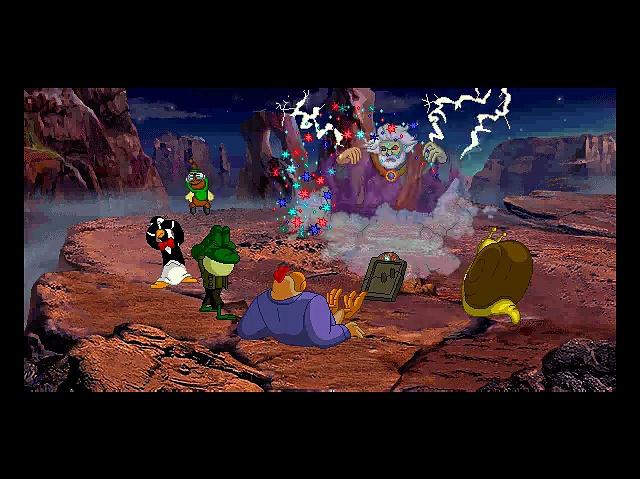 Retrieved from "https://jstart.fandom.com/wiki/JumpStart_Reading_for_Second_Graders?oldid=38867"
Community content is available under CC-BY-SA unless otherwise noted.