JumpStart Sing-Along Time is a game released by Knowledge Adventure in 2003. It is designed to teach early learning skills for toddlers through music sequences.

It appeared in the 1.0 and 2.0 releases of JumpStart Advanced Toddlers.

All of the music videos are live action. Frankie is depicted by a live actor in a costume, and he is accompanied by two child actors. Each music sequence is designed to reinforce a certain skill, such as learning the alphabet or counting. Most of the songs are adaptations of pre-existing songs.

Aside from the live action videos, there is also a 2-D animated sequence that plays when the program is started.

The game has very little interaction, as it is mostly intended to just let the player watch videos. From the main screen, there is a parent button that can be clicked on to hear descriptions of each video.

Frankie's appearance
Add a photo to this gallery 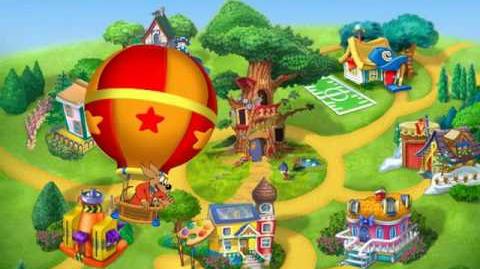 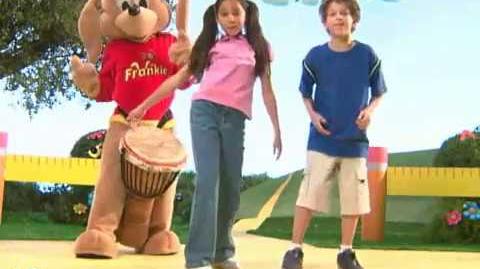 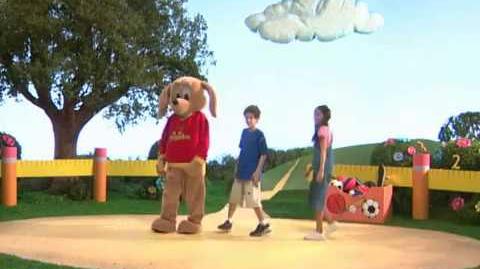 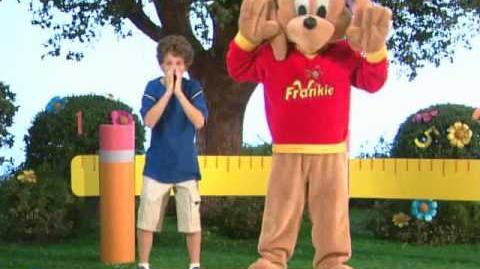 If You're Happy and You Know It (JumpStart Sing-Along Time) 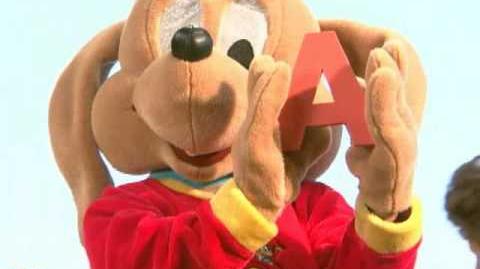 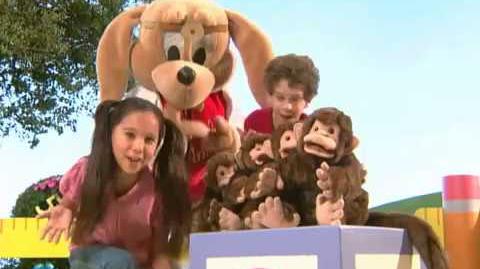 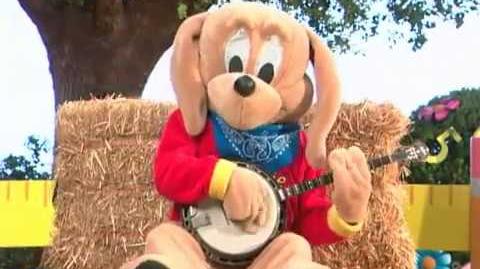 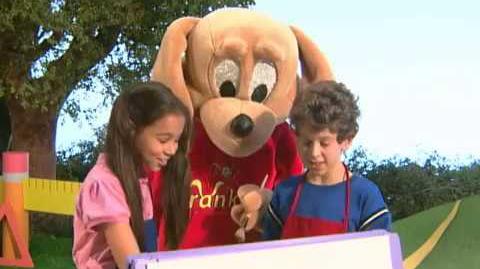 The inside flap for the JumpStart Advanced Toddlers 1.0
Add a photo to this gallery

Retrieved from "https://jstart.fandom.com/wiki/JumpStart_Sing-Along_Time?oldid=39502"
Community content is available under CC-BY-SA unless otherwise noted.