The player's guide and mascot for the game is Giggles the gopher. In the game, the player can click on different items in a playroom and play seven different activities. During an activity, the player can use the Button Bar at the bottom of the screen to access the other activities or return to the playroom.

The player can explore the interactive playroom and click on items to play activities, or see animations.

Being that this is one of the earlier JumpStart games, there is no progress report feature, nor is there any kind of points or rewards system. The game does have a toolbar, where the player can switch from one activity to another.

Give the Dog a Bone activity

Bouncing Shapes activity
Add a photo to this gallery 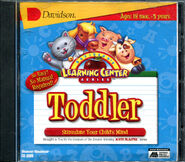 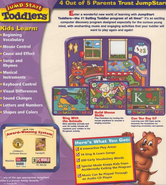 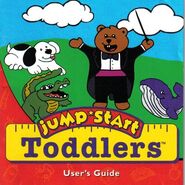 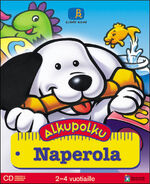 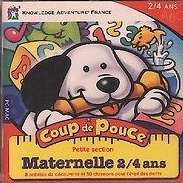 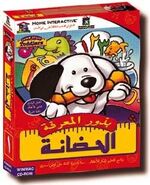 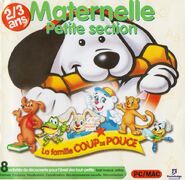 French box art
Add a photo to this gallery

JumpStart Toddlers (1996)
Add a photo to this gallery

Retrieved from "https://jstart.fandom.com/wiki/JumpStart_Toddlers_(1996)?oldid=40401"
Community content is available under CC-BY-SA unless otherwise noted.